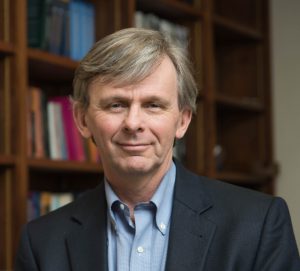 Lecture Title: Gravitational-wave Interferometers: A Revolution in the Way We Observe the Universe

David Reitze holds joint positions as the Executive Director of the LIGO Laboratory at the California Institute of Technology and as a Professor of Physics at the University of Florida. His research focuses on the development of gravitational-wave detectors. He is a Fellow of the American Physical Society and the Optical Society, and was jointly awarded the 2017 US National Academy of Sciences Award for Scientific Discovery for his leadership role in LIGO. He is also a member of the international LIGO Scientific Collaboration that received numerous awards for the first direct detection of gravitational waves in 2015.